Thinking of opening the hottest new restaurant in the city? While you may have a lot of the details about your restaurant already worked out, it is crucial to make sure you’re giving enough attention to one key step: negotiating the lease.

The fact of the matter is that negotiating a lease for your restaurant is a crucial step of opening a new restaurant. Commercial developer Joseph Rizzuto of Staten Island, New York, says if you do it wrong, it can sink you from the start.

Far too many entrepreneurs try their hand at negotiating without a lawyer to go over the fine print, and that’s a mistake, notes Rizzuto. However, considering there were more than 50 restaurants that opened in Staten Island last year alone, the opportunity for success is there – if you handle the process correctly. Joseph Rizzuto has graciously laid out four best practices for negotiating restaurant leases in Staten Island.

Find an Attorney with The Right Experience

Early in the lease negotiation process, find a lawyer that has proven experience with commercial leases, says Joseph Rizzuto. If needed, ask around to other restaurateurs to find out which attorneys to approach and equally as important, which to avoid.

There are a wide variety of legal considerations as well as terminology that will need to be sorted out by a professional. Some of the details they’ll be searching for on your behalf are term and renewal options, namely if it’s at least a five-year lease with the option for five or more years with similar terms. You might get a better rate if you commit to a longer lease.

Another important consideration is whether you have the right to sublease the space or transfer your restaurant to another owner if you decide to sell. You likely won’t have much luck doing so without this clause in the contract. Also, you should watch for transfer premiums that assign a percentage of the sale of your business to the landlord.
An attorney is an ally in a commercial lease negotiation that will review the details to make sure you’re not stepping into any pitfalls.

You’ll be making changes to the building to suit your establishment, so make sure the space you’re looking at will work for the concept you have in mind. That means having a designer or general contractor produce a rough layout for you prior to signing a lease.

While you’re at it, discuss with the landlord some of the permanent fixtures they can compensate you for. For example, kitchen exhaust systems (known as Black Iron) are essential to a kitchen and a landlord that is serious about taking you on long-term should be willing to pay for it or at least provide some compensation. According to Joseph Rizzuto, one way to mitigate this headache is by looking for commercial spaces that had a previous restaurant tenant with all of the necessities already in place. He further states that prior to signing the lease of a former restaurant, it is important to understand why that establishment is no longer there. It is imperative to consider the factors that led to the previous restaurant’s demise.

Look for structural issues in the space that need to be fixed or upgraded before agreeing to the terms – you don’t want to end up paying out-of-pocket hundreds or thousands of dollars to make the space usable before a customer even walks through the door.

Some landlords won’t budge at all when it comes to the terms or the rates, but there’s a good chance they have built-in some extra costs to compensate for your counter offer.
If you don’t have a solid business plan in place, this is where it can help. If you can show a landlord how you’ll make your restaurant sustainable over the long-term and that you’ll have the cash flow to pay all of your expenses, they may be willing to tweak the terms more in your favor.

A business plan or a written counter offer can also help make a difference when it’s a hot property that a lot of potential tenants are competing for. Joseph Rizzuto states that you shouldn’t be afraid to ask for a bit more than you’re expecting to get, and don’t be shocked if the landlord comes back with their own counter.

There may be personal guarantees buried in the lease that are designed to protect the landlord in the case your money runs dry before the end of the lease. Landlords look to protect their interests, especially when renting to restaurants as the latest figures point to 17 percent of new dining establishments failing in the first year.

Joseph Rizzuto says that the way you can get around this is by limiting the guarantee – for example, only make it for the first one or two years rather than the full five or 10. You can also ask for a rolling guarantee that only holds you to paying for the next 12 months, for example. Or you can offer a bigger deposit to put their mind at ease. As a commercial property investor, Joseph Rizzuto knows that by doing your homework about Staten Island properties and knowing how to negotiate, you can save money and save headaches down the road. 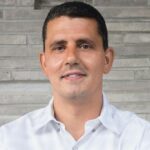 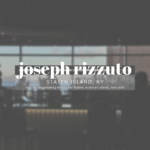 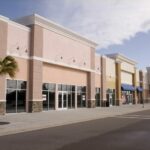 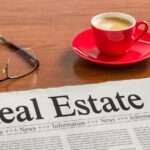 Joseph Rizzuto on Cap Rates and Depreciation in Real Estate